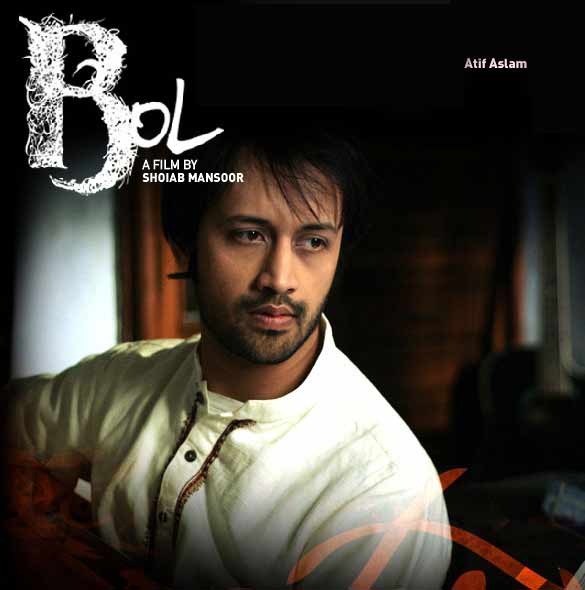 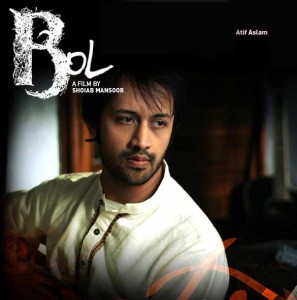 Many of us can vividly remember the release of Khuda Ka Liye’s promo. Just the chorus of “Bandeya” sent people rushing to music stores to get their own copies. Soon after, the quirky rock rendition of Bhulle Shah’s poetry was blaring from car woofers. And right after its release in India, the track’s remix version became a rage in clubs.

Now four years later, Shoaib Mansoor has finally released his latest venture Bol. But much to the disappointment of hordes of eager fans, not even a single song of the movie lives up to Mansoor’s own benchmark for quality music.

Much more was expected from the music producer, who worked with the legendary Vital Signs and gave Pakistani film music a new identity by fusing together Pakistani pop, classical and rock music in his first film.

The film’s music sounds unoriginal and boring. In fact, people unfamiliar with Sajjad Ali and Ahmed Jehanzaib, might confuse it for Bollywood music. Despite the fact that Atif Aslam is the playback singer for two of the songs, the album fails to really impress listeners.

The first track “Hona Tha Pyar” was leaked on YouTube, months before the release of the album. But it sounds like just another duet from Bollywood. Perhaps the only difference is that instead of Katrina Kaif and Ranbir Kapoor prancing about in the song’s video, one gets to watch a performance by Atif Aslam and Hadiqa Kiani. The melody is catchy but quite forgettable; just run of the mill stuff.

“Din Pareshan Hai”, is a song which was originally composed and sung by the legendary Sajjad Ali for his own album. Someone who has heard the original song will definitely not like this rearranged version, which is more upbeat compared to its mellow and soothing predecessor. But those who have not listened to the original version will consider it a treat, simply because of the evergreen magic of Ali’s voice.

“Di Janiya” is certainly Mansoor’s bizarre attempt to create an upbeat hip hop number in which Hadiqa and Khiza have collaborated. Again, this one too sounds like any remixed song from Bollywood, even though the Punabi lyrics lend it a more original sound. Though Hadiqa does a phenomenal job on the vocals, the weird rap melody ruins the song.

“Kaho” is yet another duet by Hadiqa and Atif. The drum beat in the beginning give the song a rock feel. The track certainly sounds grand when the two vocalists sing in unison. This number has the potential of becoming a memorable track.

“Sayyaan Bolain” is a typical classical dance number, featuring Iman Ali dancing to the beat of the tablas in the video. Shabnam Majeed and Bina Jawad have done a marvelous job with the vocals. The song reminds one of Rekha performing gracefully on famous classical hits in Umrao Jaan. Yet it doesn’t offer anything new even though vocals and poetry are powerful.

“Mumkin Hai” is another pop number by Shuja Haider and Ahmed Jehanzaib. The two previously impressed us with their song “Hamare Hain” but unfortunately this attempt can merely be categorised as an average pop song.

Comparing to what the Pakistani music scene is currently offering, Bol’s music is simply banal. It also suffers in terms of production. In fact one wonders why Mansoor didn’t collaborate with great music producers like Meekal Hassan and Rohail Hayyat. It is very unfortunate that the music of the second biggest film of recent times sounds like that of an average Indian film.