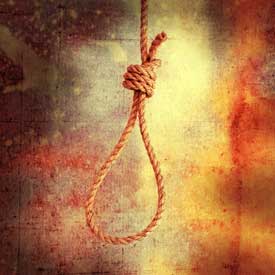 Many people who suffer from depression think of suicide. This is because, with depression, their mind stops thinking logically though, at that time, it feels extremely calm and clear. This malady tends to show the world and life in the worst possible light; it is not surprising that some people who suffer from this emotional problem end up committing suicide. You can prevent this, and also help the person get rid of this malady, if you learn to read the signs.

Depression can attack anyone, at any age. This is why there are a number of research studies and interviews going on about the seriousness of the depression and suicide emerging trends in colleges and universities. It is extremely sad that, at the age where students should be preparing themselves for exams and building their career graphs, they think of death and suicide.

Train yourself to check out for the following signs. You may be able to prevent one such case when the need and opportunities show themselves. The signs to watch for include:

1. The person in question all of a sudden develops an unusual interest in the subject of death and/or suicide – in spite of obviously creeping people off, he/she insists on staying on the depression and suicide subject and doggedly talks about it in all earnest.

2. You observe that this person is slowly disposing off his/her favorite belongings – in a very similar way as if they were memorabilia.

3. The person hits the bottle heavily and all of a sudden he/she is game to try anything you mention even in jest. Everything!

4. People who suffer from depression and suicidal thoughts usually have extreme mood swings. At one time they will literally be bubbling with joy, while the next moment they will be in an entirely different time zone.

5. The person talks about being dead in a positive way. They tend to imagine themselves dead, and behave as if they want and could wish for it; in that case people can go home and die in peace.

Keep in mind that depression and suicide are very serious afflictions which can cost lives. Besides the fact that it can be prevented, there are many highly potent medications available in the market, as well as alternative medication. Exercise, mediation, yoga, positive thinking, etc., if applied regularly, will be able to reverse this malady from achieving its logical end.