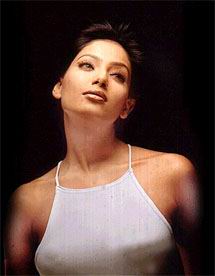 Earlier Mr Sheikh’s choice was Kareena Kapoor, because of certain reasons he had to drop bollywood deva . Rs. 8 million film would be shot in Karachi and Australia. According to the Daily Times.

KAKN features, Bipasha Basu, Sana, Saleem Sheikh and Humayun Saeed. He said that an Indian actor would be in the lead role of the film.

Pakistani well known music director Amjad Bobby had composed the music and the script had written by Babar Kashmiri .The film is based on a real story of characters whose marriages are fixed in childhood.

Alka Yagnink, Sonu Nigam, Kumar Sanu, Sadhna Sargam, Udit Naryan, and Sukhwinder are among singers from across the border.