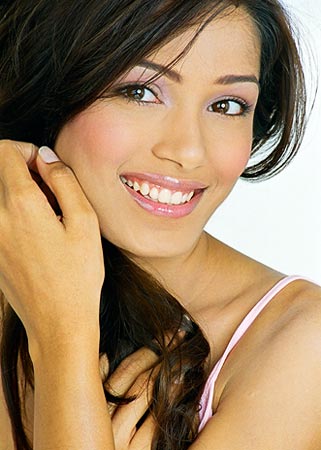 Did she, didn’t she? Turns out she did. “It is the truth that we were engaged,” says Freida Pinto of her highly debated betrothal to marketing executive Rohan Antao. “But there was no secret marriage… which makes me laugh. [When the report came out] My mum and dad said, ‘How come we were not invited to the wedding?’”

Antao, who gave a bare-all interview to UK’s News of the World, says that it didn’t help him at all. “I haven’t got any money for the story,” says Antao. “I did it as I wanted to clear the air that there was no marriage, just engagement. Well, it honestly didn’t help.”

Antao had vented his angst over Freida dumping him soon after the success of Slumdog Millionaire. He now says that it was the “indirect threat” from the Indian media that forced him to look Westwards.