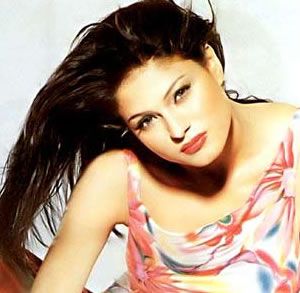 Pakistani actress Veena Malik, 32, who was booted from the Bigg Boss house last week, says she is happy to have survived on an Indian reality show for so long (partly thanks to her antics with housemate Ashmit Patel and her self-confessed liking for Hrishant Goswami.)

“My friendship with Ashmit started when I learnt that he has Thalassemia,” she said. “I have worked for those patients, so I started interacting with him and realised he is a very good human being. Until and unless he is served food with lots of iron, his blood cells will not grow well. So, I was always giving him boiled vegetables and taking good care of him. I respect him a lot because he is the only man in the house who did not indulge in any fight with a woman. I admit I am very close to Ashmit, but we never crossed any boundaries in the house. I am still single; I am not in a relationship with him”

She feels Ashmit was targeted because he befriended her. “He is a strong person and has always stood up for me. I want him to win,” she added.

The actress said she felt bad that she was evicted so close to the finale, but said she was surprised that she remained on the show for so long despite being nominated seven times.

“It was a beautiful experience with lot of good and bad moments. My patience has been tested with lots of discussions, dancing and debates,” she added.

About some quarters in Pakistan being angered by her behaviour on the show, Veena said, “I was being my real self on the show. That’s how I am in real life too. I do not know what was shown and what was not in an hour’s episode. I didn’t do anything that will bring shame to my family or nation. People have kept me safe till now, after noticing something good in me right?”

For now, Veena will be heading back to Pakistan, but will return for the Bigg Boss finale on January 8, with the hope that something might click for her in Bollywood.

Saying that she wouldn’t mind doing items numbers, Veena added, “I have never planned Bollywood, but if it happens, it’s great. I’d like to do action-comedy films.”