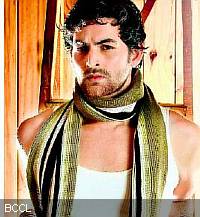 Yesterday, Neil and Mugdha were harassed and chased by a group of youngsters while they were shooting for an intimate scene at Bandra East. Consequently, the shooting was stalled for nearly one-and-half hour.

An eyewitness said, “Mugdha and Neil were shooting an intimate scene while sitting in a stationary car. Since it was a long shot, Madhur and other unit members were standing quite far away from the car in which Neil and Mugdha were sitting. For the scene, Mugdha had put her head on Neil’s chest. When the youngsters saw this, they surrounded the car and started whistling and singing songs of Fashion. Mugdha was petrified.”

Before Madhur Bhandarkar’s crew could rescue Neil and Mugdha, Neil had to take immediate action. “Neil drove away when he saw the youngsters coming too close to the car,” the witness added.

To get things under control, Neil drove away all the way from the shooting site at Bandra East to Bandra Reclamation to ward-off any unpleasant incident.

After they managed to get rid of the pesky youngsters, Neil and Mugdha returned to the shooting site. Both of them were a quite shaken up after the incident and Madhur too thought it was prudent to wait for some time before resuming the shoot.

Madhur Bhandarkar confirmed the news and said, “We had a tough time. It was quite unexpected. But everything is okay now. Hopefully, we’ll have a peaceful day tomorrow.”

Mugdha put up a brave front and said, “I didn’t get scared. It was funny. In Fashion, I hadn’t shot on the roads of Mumbai. I didn’t know I’ll have such an experience on the first day of shooting for Jail. Anyway, all’s well that ends well.”