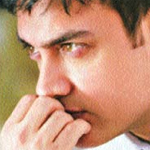 Mumbai: SRK and Aamir Khan are at it again. In his latest interview to Mumbai Mirror – Aamir states

“Now that his films are not doing well, SRK has lost his sense of humour.”

“I have never heard Amitabh Bachchan saying that he is No 1. People who are number one don’t proclaim themsleves that they are number 1,” says Aamir.

“He has a great sense of humour but where does it all go when I say humorous things about him?.”

The Khans grab headlines whenever they decide to talk about each other. Whether it was Aamir Khan bloging about his dog named ‘Shah Rukh’ or when King Khan declared himself to be the biggest brand other actors want to associate with.

“You take the biggest brand in the country that is SRK and then use that platform to publicize yourself. I think Aamir rocks. The problem is that I cannot use another brand because there is no one bigger than me,” SRK had said.

What started off as a harmless light sparring of words now seems to have snowballed into a full-fledged ugly Star War between two of Bollywood’s best.