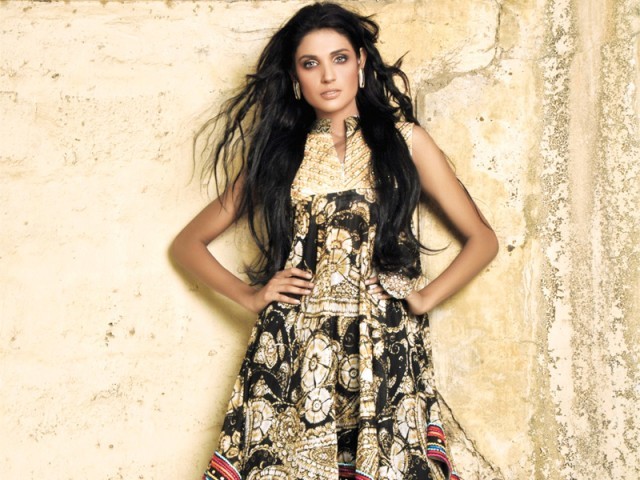 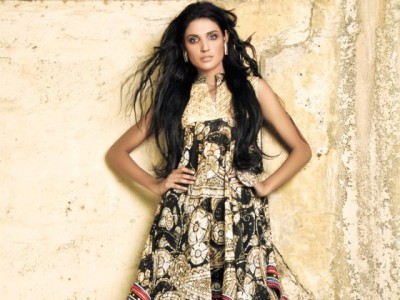 At The Designer’s pre-eid launch, one observed how cleverly retailer Asad Tareen brought in names like Sadaf Malaterre, Adnan Pardesy, Mohsin Ali and Akif Mahmood, who have wowed us on the ramp but left us skeptical of when they retail.

To Tareen’s credit, he managed to get the best of what these names could contribute retail-wise. Even someone like Sadaf Malaterre, who had refused to go down the shalwar kameez route, managed to create a few garments in crushed fabric with her characteristic minimal bead embellishment for the bohemians to connote a festive occasion. Her’s was definitely a line for women who shun mehndi and bangles, and resort to wearing eastern wear only when the occasion demands it. For clients somewhat like herself, Malaterre smartly tailored her dresses into kameezes so they can be used interchangeably, something Adnan Pardesy — a man known for his sleek silhouettes — did as well. “This is entirely an experimental line,” explains Pardesy. While Malaterre gave in by adding embellishments, Pardesy showcased prints instead, with the exception of a few pieces with minimal machine embroidery on them.

It was rather odd to note that designers who have barely stepped into the industry have chosen a steep Rs18,000 as their average pricing. Yet Tareen remains confident, “We have sold 50 per cent already. After a long time we’ve seen these young kids who have the potential to take the industry forward.” One spotted Veteran designer Deepak Perwani peering closely and excitedly at all the collections, “I’m so happy we’re half the price,”he said adding that “Well we can afford to be at a lower price point since we produce a lot more.”

The stand out collections, however, were by the Pakistan Institute of Fashion Design (PIFD) graduates Akif Mahmood and Mohsin Ali, both of whom have enjoyed tremendous critical acclaim ever since their debut at Fashion Week last year. Mahmood capitalized on his thesis collection based on the Kalash, which he transfused on cottons and chiffons for a more occasion-based pret collection. But then, his aesthetic of long trailing hemlines always had the potential to make it from the ramp to the rack. It was his peer, the eccentrically cool Ali, who designed inherently western collections with an indigenous twist that one was apprehensive of.

“I’m very happy to have gone through this process. I discovered a whole new world,” says Ali. “It was my own mental block that I could imagine a woman dancing in my clothes at a club but not at a wedding.”

Even Mahmood added how difficult it was for Ali to think along ‘commercial’ lines to create occasion wear. Yet, he managed brilliantly without losing out on his bold solid colour schemes that are juxtaposed with local subaltern fabric, patterns and motifs to create a unique motley ensemble that can be worn on Eid, mehndis or any other occasion.

For Ali, this discovery will surely become a means of sustaining himself, for the industry has discovered a designer who can create statement worthy clothing for the ramp, rack and that litmus test of commercial viability called weddings. He has made successful foray into fashion weeks, now let’s see him take on a bridal week with this killer desi ethos.