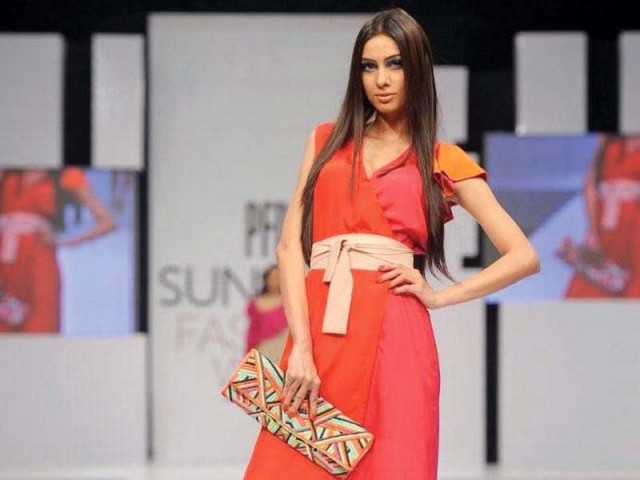 Republic makes a wild call and pairs cheetah print, fitted trousers with a plain trench coat — a healthy juxtaposition of a loud print with a sedate upper for a sophisticated, yet, edgy winter look.

Maria B and Ammar Belal do 1970s bohemia and bring the wide flare back en vogue for Pakistan’s sweltering summer.

Khaadi Khaas makes a fitting tribute to Karachi and picks up on the most ubiquitous and banal object — the Urdu newspaper and makes it an exciting statement piece.

Claw me if you can 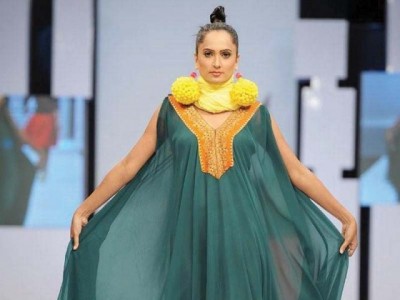 Designer Akif Mahmood is known for his play on heritage, to which he adds a bit of retro by complementing a pair of oversized pom-pom earrings. Inventive and cool, these colourful ball earrings were crafted perhaps from those pom-pom laces that have been a rage with local tailors for the last few years.

For a sombre, yet inventive tribute collection to Karachi, Khaadi Khaas created very Parisian chic black short skull caps encrusted with cloth origami motifs. Although headgears aren’t huge in Pakistan, this just may be a start to accessorising one’s head to make a statement. 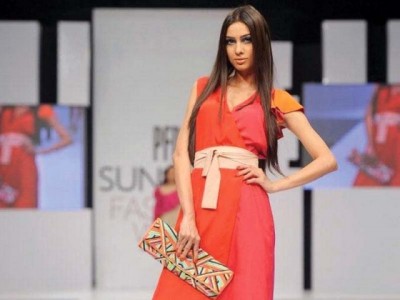 In keeping with his brilliant candyfloss colour blocking, Kamiar Rokni created matching clutches in a Missoni-esque design juxtaposition. Delightful and fun, the clutches were brimming with all the shades of a pop rainbow.

We’ve done the extremely short hemline and the trailing gown silhouette endlessly, but what we have not done yet is a short front hemline and a slightly longer, medium-ish back hemline for a creative fix on kameezes. Kudos to Maria B (who did it for both men and women kurtas) and Sania Maskatiya for presenting the option. Also, Maskatiya’s contrasting fronts and backs on a kameez will be extremely useful to ladies this summer who don’t wish to look like clones in their designer lawn prints.

One credits Teejays for introducing the round hemline in the 1980s and although it has made an intermittent presence on the runways, it might just strike back with a vengeance this summer with Sania Maskatiya, Maria B, newbie Irfan Ali and Muse resurrecting it on the ramp. 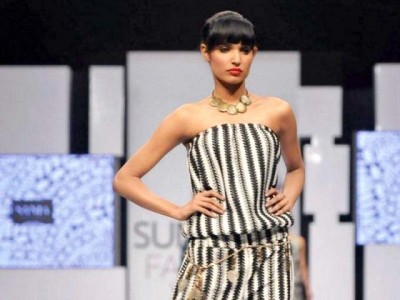 Although the jumpsuit had never really left the ramp, it has resurfaced with more force this season with Sania Mastakiya doing a strapless version in embroidered print; Maria B’s Pocahontas-inspired onesie, Muse’s pleated bottoms and contrasting two-tiered version and Ammar Belal’s mad busy prints to herald the 1970s.