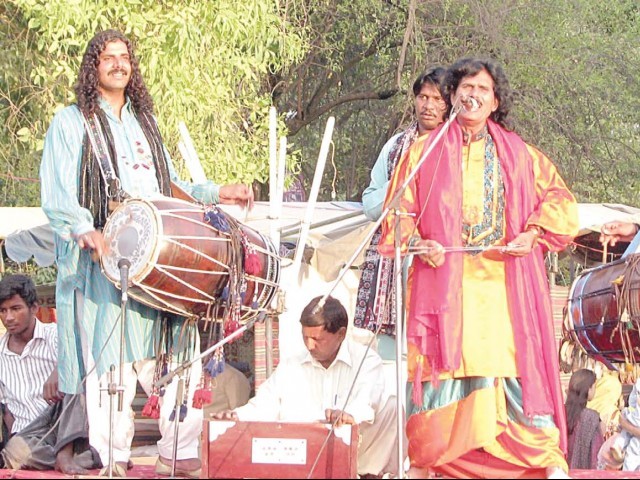 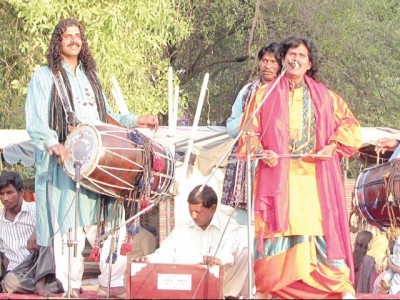 The ongoing folk festival at Lok Virsa is receiving a great response from the residents of the capital city where hundreds of people have flocked in to enjoy their taste of traditional arts and handicrafts.

The 10-day-long “Lok Mela” features attractions from several craftsmen, folk artists, rural musicians and dance groups from all provinces, including Gilgit-Baltistan and Azad Kashmir. Glimpses of Pakistan’s traditional heritage, folk and rural dances and scrumptious cuisines set up in artistically designed cultural pavilions are some of the major attractions of the festival.

Even though the festival represents a colorful picture of the rich cultural heritage of all provinces, the Punjab pavilion, depicting the indigenous folk culture, arts, crafts, music, and traditional cuisines of the province remains the center of attraction for all visitors. It offers a wide range of colorful and dazzling crafts along with vibrant and energetic traditional folk music.

Malookan Bibi, a gindi maker from Cholistan desert, holds the first stall as you enter the pavilion. Gindi is a traditional appliqué known as rilli in Sindh. However, gindi uses brighter colours than rilli. At another stall, Zainab Bibi, Kaneez and Fatima from Shah Jewna, Jhang, present their art of basketry made from date palm leaves.

Similarly, Samina and Shaheen represent beautiful embroideries for ladies’ dresses, while Suraya from Kahror Pucca displays the art of traditional chunri (tie and dye work). Apart from that, Aziz Bibi from Khawateen Welfare Council Bahawalpur has brought a large contingent of artisans from Cholistan who are involved in pottery making, embroidery, gota work and zardozi work.

The most prominent among these craftswomen is Hajan Fateh Bibi, also from Shah Jewna. Hajan is 70-years-old and is an expert in weaving different items, such as baskets, changeer, fans, women sandals and chaaj (grain separator).

One of prominent artisan from Punjab is Ameer Bakhsh, who is an expert in natural dyes used on wooden blocks, an art native to lower Indus Valley. The blocks are dipped in natural vegetable and mineral dyes and are then pressed into a fabric to create a remarkable design. Bakhsh has not only trained his family members, but also some craftsmen in this field. He has also represented Pakistan in the International Indigo Workshop organized by World Crafts Council in Thailand in 1998.

A performance area has also been created at the center of Punjab pavilion, where folk singers and musicians attired in colorful costumes entertain visitors all day, symbolizing the characteristic of Punjabi traditions.

The festival started formally under the aegis of Lok Virsa (National Institute of Folk and Traditional Heritage) at Shakarparian on June 4, and continues to attract a large number of visitors. Artisans of all ages, with their colourful and stunning performances, have rejuvenated the dying arts and crafts of their respective regions. Also, participation of several female artists has given the festival a gender-neutral perspective, usually witnessed in all activities of Lok Virsa.

The visitors have welcomed the festival and appreciated Lok Virsa’s efforts for giving them an opportunity to enjoy cultural entertainment and purchase traditional items at reasonable prices.