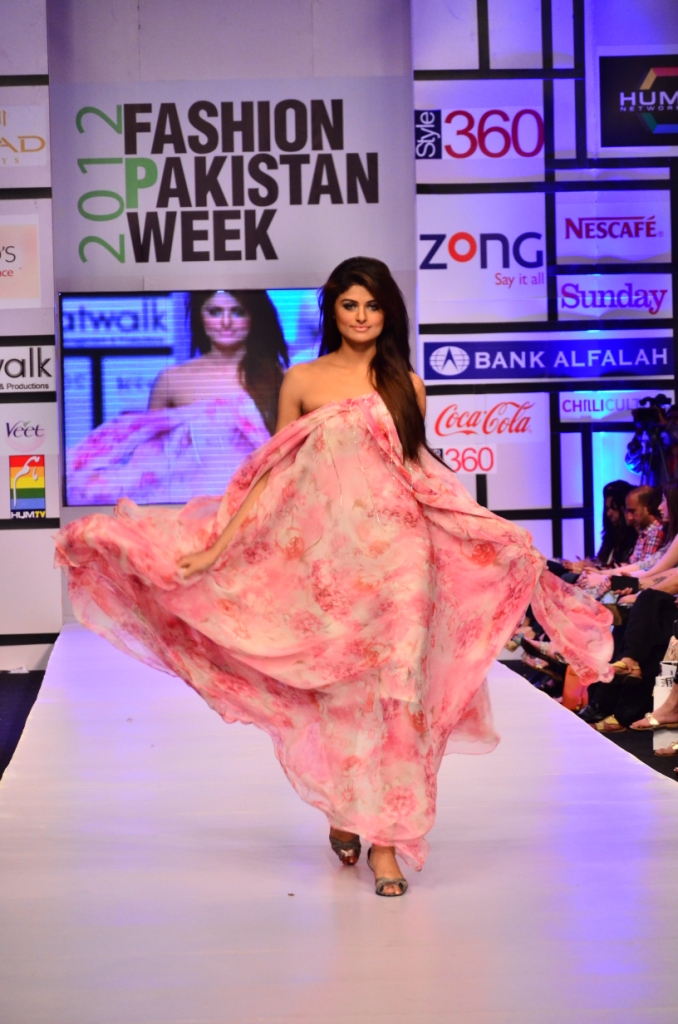 Fashion Pakistan week 2012 day 2 was daring, stylish, modern and cool. The show was stolen by Kuki Concepts and super confident Kids modeling for the brand next. Designer Syed Rizwanullah’s collection wasn’t ready and not been showcased.

One minute silence was observed before the show begins in memory of 135 Pakistan Army jawans who embraced Shahadat in Siachen yesterday after avalanche.

The show begins with Gold and white themed collection of Shehla Chatoor and followed by vibrant and Eastern inspired Visions of the past- Antique Banarsi Collection by Kuki Concepts. Ayesha Somay came up with an inspiration of pink but the collection was not impressive rather being called as rose petal tissue prints and flowy nighty kind of stuff.

Menswear by the brand Next and Tayyab Bombal were refreshing and perfect for summers. The kids modeling for next were the real show stoppers and they grab huge round of applause and whistles. Umar Sayeed wrapped up the show with his style of embroided classic dresses.

Visit Eitehad Airways FB Page and vote for your choice of designer for the Etihad Most Inspiring Designer for Fashion Pakistan Week 2012.