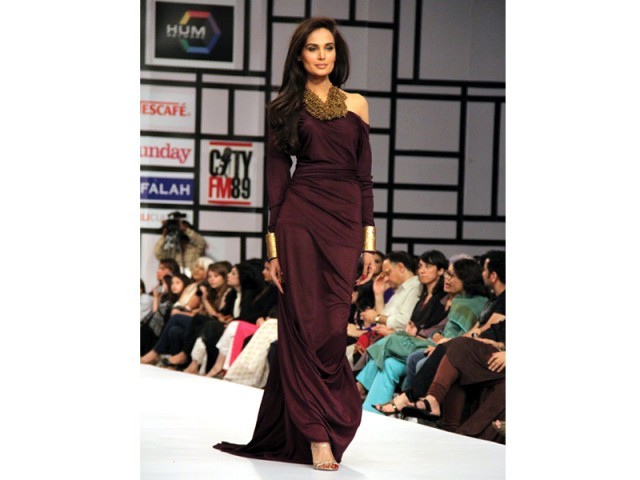 While much of what was shown at the finale wasn’t high street fashion, the evening displayed such classic, chic and sophisticated ensembles that they could easily be called treasured heirlooms that would never go out of style.

Sana Safinaz
Despite the lawn controversy that Sana Safinaz were mired in off late, they stuck their ground for luxury and high-end fashion when they took the ramp after two years from their last showing at Fashion Pakistan Week 2. Their muse, model Neha Ahmed commenced the show in a gorgeous muted gold sequined dress that further led to an array of breathtakingly beautiful dresses, velvet suits and ball gowns that stood for their sheer simplicity and flawless structure. 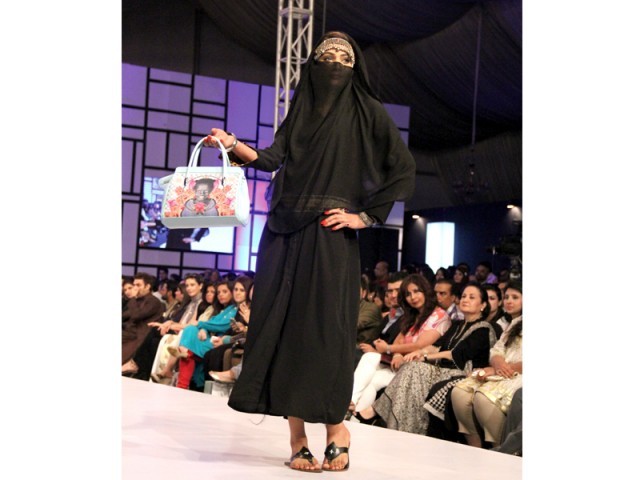 From being a jewellery designer, photographer, artist to a radio jockey, there are various sides to the multi-talented Tapu Javeri. As a creative force, Javeri views everything in a new and different fashion and his line of eccentric bags mirrors this perspective. For instance, there are faces of his famous fashion friends against the muted backdrop of Karachi’s landmarks and truck art on his collection of handbags.

When one sees Iman Ahmed’s collection in its entirety, one truly understands why the word ‘museum’ fits so well with her design studio. Ahmed’s classic, unfussy, impeccably cut and constructed ensembles are treasures to be cherished generation after generation. And in her showcase after her two-year hiatus from the ramp, she demonstrated the command that she has on her craft from being able to breathe symmetry into plain muslin and cotton as well as she does into silk and prints.

While Feeha Jamshed displayed her tribute collection to her sister Minnaal from Rizwan Beyg’s Showcase two weeks ago, what was remarkable was her personal journey that one could see from the collection. A fortnight ago, the same collection was drenched in sorrow in shades of mourning (black, grey and white), but the collection presented at Fashion Pakistan Week 3, with its wrap-around skirts, jumpsuits, off the shoulder tops and dresses had a range of bold colours like mustard, emerald, gold and scarlet. And although the models still walked as if they were in a funeral procession, there was now a sense that Jamshed is moving on. 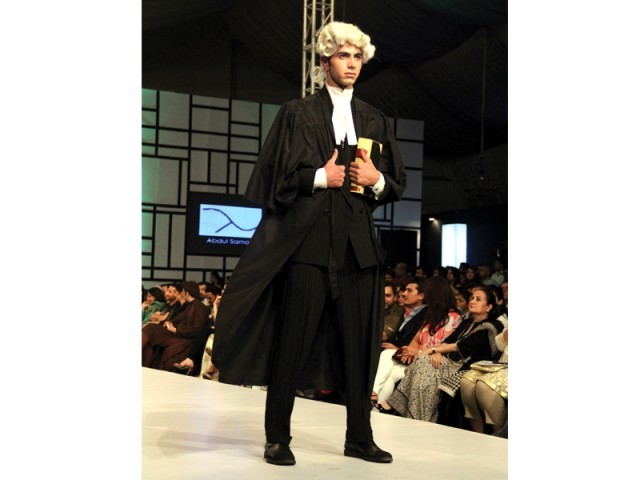 There seemed to be two rather divergent views on Abdul Samad’s show which was more of a tableau on Jinnah than a fashion showcase. Most were moved to see this very literal translation of Jinnah’s life and his style onto the ramp. While others were indignant and offended with the concept that any male model could represent the grand visionary of Pakistan. But the concept wasn’t the designer’s only problem, as the collection was poorly constructed and ill-fitted which took away the charisma and character that the debonair Jinnah possessed.

Deepak Perwani, who is essentially a menswear designer, made inroads into female fashion when he went to Milan and then showcased the same stunning collection as the finale to Fashion Pakistan Week 1.

What he showcased at FPW3, however, couldn’t hold a torch to his previous exhibits. Although he used some interesting faceprints, his collection in lace seemed like something from the local embroidery market and wasn’t nearly as interesting or conceptually strong as his previous collections. 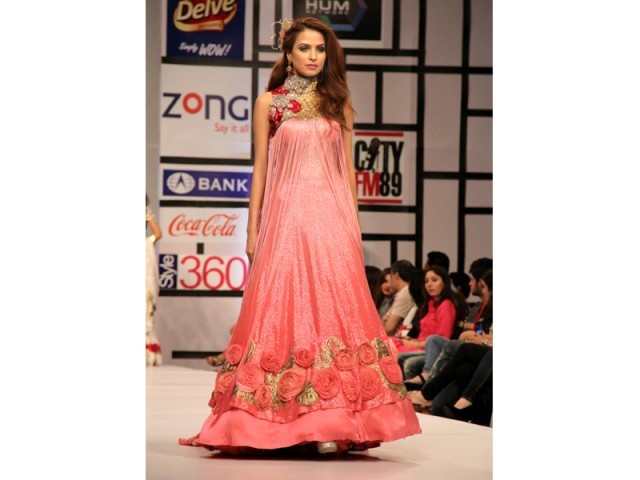 Perhaps the most hotly contested show of the evening was bridal wear designer Honey Waqar’s as no one could understand why it was chosen to be the closing show of the finale. The collections of gowns-cum-lehangas were centred on the rose, and each gaudy ensemble after the other dragged onto the ramp, was an unsightly crimson meringue. While such pieces do have a market and Waqar sells incredibly well across the border through bridal weeks, the whole presentation was tacky.

Not only did it not reflect any ‘fashion’ in terms of pret for the spring/summer, its garishness was enough to force the audience out of the hall and made one question the council’s credibility.

But as they say, a fashion week is as good as its finale, and from the looks of this one, FP will have some serious compensation to make for its upcoming fashion week in September 2012.