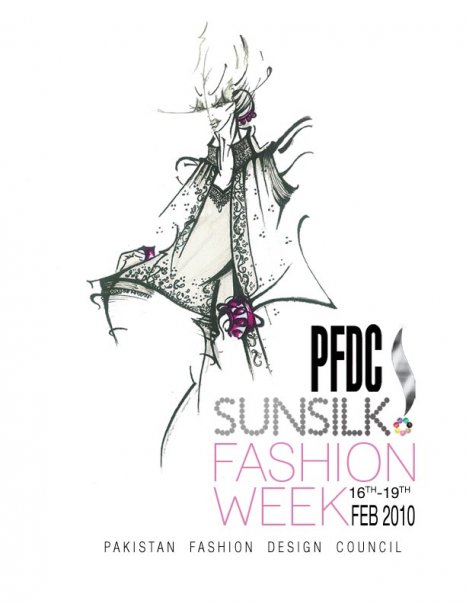 Pakistan Fashion Design Council (PFDC) press conferences are getting better as time goes by. After the rather spectacular one they did in Lahore, announcing their fashion week complete with plasma screens, designers and celebrities in attendance and most importantly, an agenda to boot, the council held the second press conference relating to their fashion week in Karachi. The venue was PFDC’s Karachi branch of their fashion store, the Boulevard in Park Towers.

This one sealed the deal for the upcoming fashion week by announcing the arrival of a major sponsor – Unilever has stepped in with their brand Sunsilk to sponsor PFDC Fashion Week and work with them. It’s a union of fashion with big business that promises to lift the platform up to a whole new level.

A visibly glowing and proud Frieha Altaf introduced the designers Hassan Shehryar Yasin and Maheen Kardar who flew down from Lahore to represent the council and they did a fine job, with all the thunder being stolen by HSY, who has the gift of gab. He spoke about the business of fashion, how excited they were to be doing this and his experience of meeting buyers flying around the world, which he has been doing for years now. He spoke of the necessity to keep Pakistani identity alive by recounting his meeting with one buyer who told him, “I go to England to buy English clothes, I go to Italy for Italian and I will come to Pakistan to buy Pakistani.”

That in a nutshell, said HSY, defined what they were trying to do with PFDC Fashion Week. He also stressed on a visually brilliant layout for the fashion week which will be interesting to see, with media and buyer lounges and a sophisticated feel. “Fashion is about selling a lifestyle, so that is what we will aim to do at this event.”

HSY also gave a nod to Frieha Altaf saying, “I’ve seen more of Frieha in the past two weeks than in the past 20 years.” He also said just the right things about the tie-up with Sunsilk, a two-year strategic partnership that will be beneficial to both parties.

Corporate sponsorship opens up another vista for events like fashion week. Now that PFDC Fashion Week has become PFDC Sunsilk Fashion Week, it will automatically get an international flavour. At the conference, Maheen Kardar announced that Jamal Hammadi, an LA-based stylist who has done hair for the likes of Drew Barrymore, Sharon Stone, Naomi Watts, Meg Ryan and Lisa Marie Presley, will be styling her show. Googling reveals that Hammadi was discovered by Linda Evangelista who gave him his first big break by pushing him to do her hair for a Vogue cover. Now, Hammadi has his own range of products and was one of the hair professionals picked up by Sunsilk in 2009 to formulate variants of hair products for different hair types. A corporation can generate synergy of this type; these are the seeds to sow that will make for a bigger fashion enterprise. A professional like Jamal Hammadi coming here, and going back to the West with tales of how Pakistan is not what it is made out to be, is the kind of boost that is needed from a fashion event.

The buzz at the PFDC Sunsilk press conference, where the fashion press was present in full force was that “These guys really seem to have the business of fashion sorted.” The announcements and more promised surprises left one hotly anticipating fashionweek.