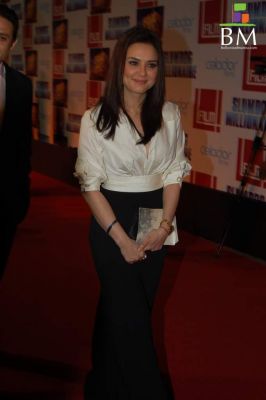 Bubbly gal Preity Zinta celebrated her 34th birthday on 31st January. She was in upbeat mood and enjoying the party in full swing when the Bandra police knocked her door. They arrived to attend the complaint lodged by Preity’s neighbor for playing the speaker in high volume. The party went till the wee hours in the morning and the residents of the slum areas got disturbed with the loud noise. At first the police did not respond to their complaint as it was against top class people but on repeated calls they finally had to attend their problem.

A local resident, Irfan Shaikh said that very loud music was played in the party which lingered till the wee hours of Sunday morning. “Whenever there is music or program in the slum areas, these people in big buildings complain against us and we have to shell out large fines. We also get disturbed and so we complained to the police,” he told.

But Preity remained unperturbed. She was least cared and did not respond to the call of the police. Shaikh informed that soon after the police left, the volume was again raised. It is very well known that Preity’s birthday bash is attended by Bollywood bigwigs like Shahrukh Khan, Farah Khan, Chunky Pandey and others.