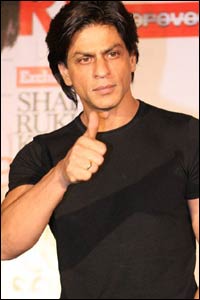 Shah Rukh Khan’s biographer and close friend Mushtaq Sheikh, who has co-written films like Om Shanti Om and Billu, says he hates being used by those who have personal grievances against the superstar.

Furious at a media report that he and Shah Rukh had fallen apart, Mushtaq said the superstar was “very much family”.

“I hate it when my friends are attacked. I mean how can you demean names like Farah Khan, Priyadarshan and Shah Rukh Khan all in one article without an iota of truth and get away,” Mushtaq said.

“This is tabloid journalism at its worst. I hate being used by somebody who has misused his pen to vent personal grievances against Shah Rukh.”

Mushtaq, whose friendship with the superstar dates back more than a decade, recently released a book on Shah Rukh titled Still Reading Khan.

“Malice? Desperation? You tell me what inspires muck-rakers and I will till you where this came from,” said Mushtaq when questioned if Shah Rukh and he had indeed fallen out.

Doesn’t he feel that in today’s desperate times when movies are not releasing and news is hard to find, this is just one way for a section of media to grab attention and increase viewership?

“See, movies are releasing, and there is enough news out there, but it does depend on what kind of media you are and what you think are ‘good stories’. Matter of fact, Shah Rukh is family and will continue to be one. People can imagine, say and write anything they want.”