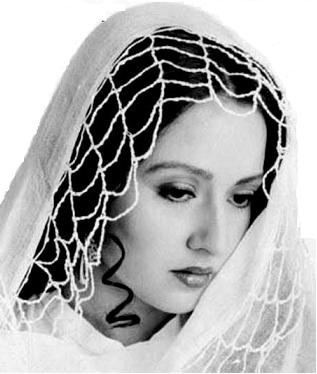 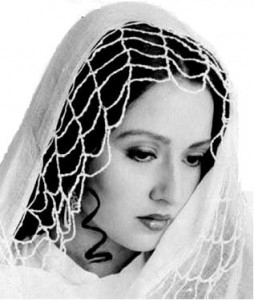 With the scorching heat of the Karachi sun over my head, I relentlessly searched for Zeba Bakhtiar’s residence in one of the confusing lanes of Defence Housing Authority (DHA). After much ado, I finally stepped inside the star’s house and waited for her to appear.

While waiting, I tried to gauge a little more about her from the numerous paintings hung on her wall. Apart from the fact that the prints looked like artist MF Hussain’s work, it didn’t strike me that all 12 paintings belonged to an era gone by. It was much later that I learnt that these images were actually shots from the Bollywood film Henna in which Bakhtiar starred as the leading lady opposite superstar Rishi Kapoor.

While I was still observing the paintings, the beauty dressed elegantly in a royal blue ensemble walked through the door. Starting her career almost 23 years ago with the PTV drama “Anarkali”, Bakhtiar shares her experiences from the time she first came on screen to her recent production “Main Baba ki Ladli” on Express Entertainment channel.

“It was the producer Iqbal Ansari who initially gave me the chance to work as an actor on ‘Anarkali’,” she recalls. Bakhtiar who had initially stepped into the industry to become a playwright didn’t know that fate had other plans in store for her. After spending some time doing short courses in London, writer Haseena Moin selected Bakhtiar for Henna in 1991.

Regarding her breakthrough role, she says, “It was like a dream, I felt like Alice in Wonderland. I had gone to India for just three days, on a whim, but surprisingly, on the third day, they asked me to return within the next 30 days for the shooting.” Reminiscencing about her Bollywood days, she says, “Initially, I was unsure of my acting talent, and it took some time to work on the craft and to brush up my skills.”

With the release of Henna, the response she received, from both Pakistani and Indian critics alike, was good. Bakhtiar remembers, “Being such a publicized film, it made me realize that Pakistan held quite a fascination for Indians. Also, Indians welcomed talented people regardless of their origin. For me, the film Henna was a big responsibility. As a Pakistani, I was representing the image of my country so I had to be especially careful about my outfits and dialogues.”

On whether she would act in another Bollywood film, she says, “As far as the technical expertise and work ethics are concerned — yes! In Bollywood, there is a reverence and respect given to artists and artistry. Unfortunately, the same cannot be said about the entertainment industry of Pakistan.”

Although most of her acting efforts have been well received by the audience, her directorial-debut with Babu failed to make a strong impact. She did manage to redeem herself with her acting in her first Lollywood film Sargam directed by Syed Noor opposite musician-cum-actor Adnan Sami.

Talking about the local film industry, she says, “Lollywood needs financing, an influx of new ideas and creative people. The only way to revive Lollywood would be to allow independent film-makers to come forward.”

Even after all her successful acting endeavours, Bakhtiar eventually wants to venture into play writing. Her plans include working on a concept based on Pakistani expatriates living in the US.