Eating tomatoes can dramatically reduce the risk of having a stroke, according to a new study out Monday that provided more support for diets rich in fruits and vegetables. The key factor appears to be the powerful 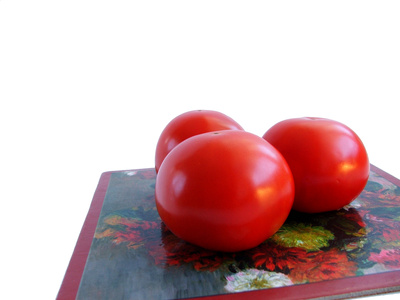 antioxidant lycopene, according to the Finish study published in the Neurology journal.

The research — based on data from more than 1,000 middle-aged men, followed for an average of 12 years — indicates that people with the highest levels of lycopene in their blood have a 55 percent lower chance of suffering a stroke.

“This study adds to the evidence that a diet high in fruits and vegetables is associated with a lower risk of stroke,” emphasized study author Jouni Karppi, of the University of Eastern Finland in Kuopio.

Among the 258 men with the lowest levels of lycopene in their blood, nearly one in 10 had a stroke. But among the 259 with the highest levels of the antioxident, that number fell to around one in 25.

The correlation between lycopene levels and stroke risk was even stronger when the researchers only included strokes due to blood clots, leaving out those caused by hemorrhages.

The participants with the highest levels of lycopene had a 59 percent lower risk of stroke from a blood clot than the men with the lowest levels of the antioxident.

In total, 67 of the men suffered strokes during the course of the study.

Researchers looked at a number of other antioxidants — alpha-carotene, beta-carotene, alpha-tocopherol, which is a form of vitamin E, and vitamin A, or retinol — but did not find any link with stroke risk.