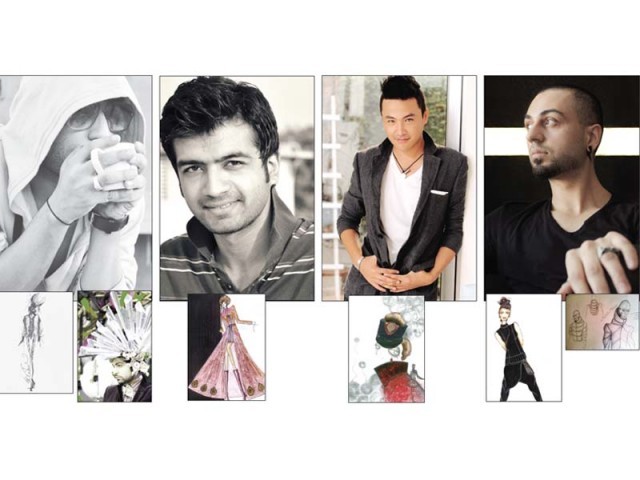 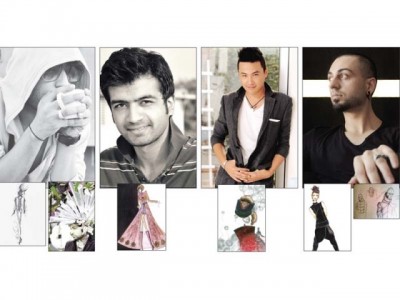 With the Pakistan Fashion Design Council (PFDC) Sunsilk Fashion Week at the cusp of commencing its third round,the fashion week’s host city, Lahore for its most exciting talents. Fresh off the board, these designers are incidentally all male, with unique design sensibilities and are set to prove their distinctive mettle in a fashion week studded with fashion bigwigs.

Quirky and fun, Ali Xeeshan was a breath of fresh air wafting away the stale stench of overdone looks the year he debuted in 2009. Although he showed a supremely extravagant Mughal inspired dramatic collection, he fine-tuned himself at his third showing with ‘The Phoenix’ that saw Xeeshan rise as a talent that one could possibly bank on. This time around he intends to demonstrate that he’s not all theatrics but means business as well. With a collection titled ‘The Paradox’ — a tribute to the PFDC as a platform for fashion talent. “From the flamboyance of HSY to the simplicity of Saai, the collection is a personal celebration as well, of my own growth as a designer in the past year,” says Xeeshan of his inspiration. He had introduced an entire line of funky crushed tops last time and will incorporate elements of the same since he intends on launching himself in Lahore, Karachi, Islamabad, Dubai and India simultaneously in April.

What to watch out for:
Psychedelic prints and embroidered shawls utilised craftily in clothes that are flamboyant, fun and very local.

There is absolutely no way one could have missed out on Akif Mehmood’s Kalash collection which was plastered in every publication that covered fashion week in its last round. Immensely popular, the collection had a raven canvas to display Kalash’s embroidered traditions. It catapulted Mehmood into the fore of fashion that got the young graduate to designing the line for PFDC’s chair person, Sehyr Saigol’s Libas. However unlike fashions other two finds, Mohsin and Xeeshan, Mehmood represents a calmness that despite this winning debut collection, had many fashion insiders fear he might just be a one hit wonder. Retaining the structure that his clothes had with the ‘Kalash’ collection, Mehmood is set to prove the skeptics wrong with his latest offering that focuses on gypsies and beggar women. Although he’s chosen an oft used theme, he is confident that his styling and use of fabric will make it distinctively ‘Akif’. Unlike the previous showing the emphasis this time is on the fabric instead of the embellishment.

What to watch out for:
A distinguishing patchwork of fabrics and textures that lend the label ‘Akif’ its very Pakistan feel.

“I can’t do pretty, pretty fashion. It makes me ill,” exclaims Mohsin Ali whose thesis ‘Homeless Hazara’ earned him recognition as a designer who went back to his roots and presented a relevant social commentary via clothes that are indigenous and idiosyncratic. Mixing fabrics that one normally discards as clothing for the poor and bringing nomads in their true form to the ramp, Mohsin made his mark as a creative maverick who always made clothes that reflected his identity: “I want my clothes to project who I am and where I’m coming from,” he asserts. This time around Mohsin intends to spin a weave on ‘Fables and Dreams’ by retaining his individual aesthetic but molding it towards a western feel. “These are clothes for the woman who is patriotic but has accepted globalization,” concludes Mohsin of his autumn/winter offering.

What to watch out for:
The use of ‘razai’ fabrics with hand woven ‘khaddars’ and motifs that symbolise the heritage of northern Pakistan.