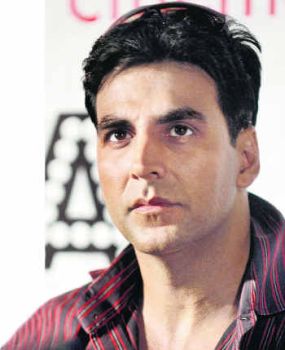 The Vakola police arrested actor Akshay Kumar early on Monday morning for the obscenity case that was filed against him and his wife Twinkle in April. Akshay came to the police station at around 9:00 am, surrendered and was arrested under sections 294 and 34 of the Indian Penal Code. He was, however, released on bail of Rs 950, like his wife was earlier in April.

The case will now go to court, where Akshay and Twinkle could face three months of imprisonment if found guilty.

In April, Anil Nayyar, a self-proclaimed social worker, filed a complaint with the Vakola police claiming to have been offended by Twinkle unbuttoning Akshay Kumar’s jeans during a fashion show. A case was registered a few days later and since Akshay was not in the country at that time, Twinkle surrendered before the police. She was let out on a bail of Rs 950.

“Akshay, accompanied by his legal advisors, came to the police station at around 9:00 am this morning,” said Police Inspector S Kapse of the Vakola Police. “We arrested him at 9:30 and let him off on bail. The case will now go to court where it will be decided if he is guilty or not,” he added.

A spokesperson of Akshay Kumar said “As a law abiding and responsible citizen, Akshay Kumar, on his return from an overseas shoot, insisted on meeting the police with regards to this case.” Kumar’s spokesperson also said, “Akshay doesn’t want to comment on the complaint as the matter is now sub judice.