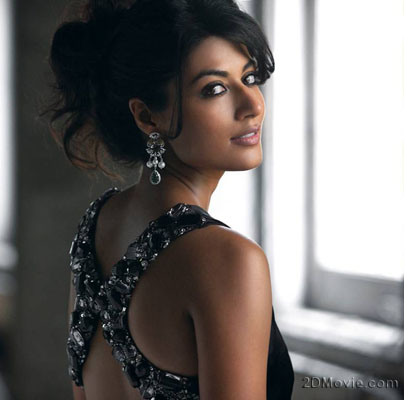 Sudhir Mishra is trying to make his political adaptation of Sarat Chandra’s ‘Devdas’ interesting and different in every way.

Chitrangada Singh’s Chadramukhi in the film is a shrewd and sensuous socialite.

The move is titled ‘Aur Devdas’ and has Shiney Ahuja playing the modern-day Devdas with Lara Dutta playing Paro.

The movie is supposed to be a political thriller set in the backdrop of modern day Rajasthan, where Devdas is an aspiring politician while Paro is the member of the opposition party.

She says, “I am ‘Chandramukhi’ in the film. My character ‘Chandra’ is a socialite, who is ambitious, selfish, shrewd and beautiful. She doesn’t hesitate in using her sensuality to get whatever she wants.”

She talks about the contrasting qualities, “What I love about Chandra is the two extremes that her character has. On one hand, she is very materialistic and ambitious but she falls helplessly in love with Dev, who is a complete opposite to what she is.”

She makes it a point to add that things with her mentor Sudhir Mishra are now good and he’s come to terms with she making a comeback with Onir’s film ‘Sorry Bhai’ and not his movie.

She adds, “Yes, Sudhir was slightly upset over it but it has been sorted out.”

Looks like the babe is fully ready and raring to go.