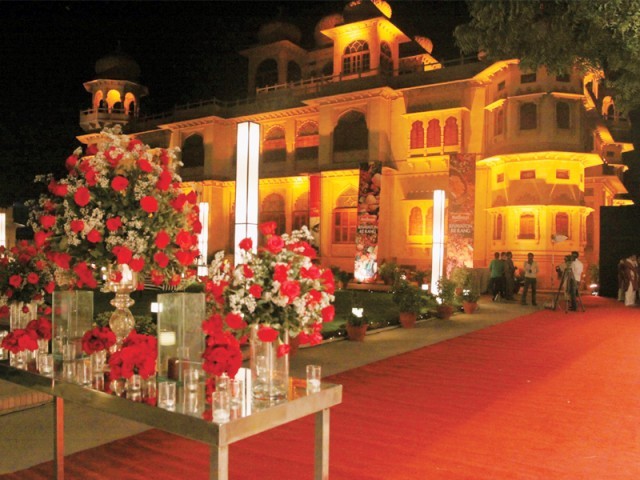 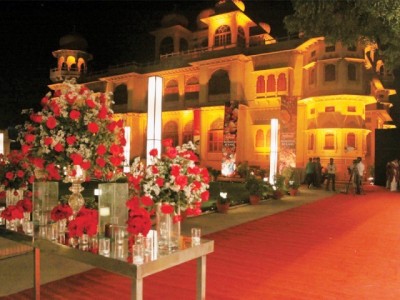 From the time of Mon Salwa till now, man has always been fascinated by food. The subcontinental emphasis on desi food justifies why we find a foodie streak in every Pakistani. National Foods, a brand known for its spices and food products, cashed in on this trait and added a cookbook to its long list of achievements.

Mohatta Palace was decked in bright red on the evening of November 22 to celebrate the launch of National Foods’ first cookbook, Rivayaton Ke Rang. The event paid homage to Pakistan’s culture and tradition of festivities through an array of dance, music performances, and an eight-course Pakistani meal served directly from a huge thaali.

The red-colored decor signified not only National Food’s logo, but also the Red Chilli Powder, which is the brand’s most dominant product. Actors Sajid Hasan and Savera Nadeem hosted the event, speaking primarily in Urdu, highlighting the fact that when it comes to Pakistan, the national language is still held in high esteem and if beautifully delivered, it can leave an impact.

While talking about the need to launch a cookbook, Chief Executive at National Foods Limited Abrar Hasan said, “We had a two-pronged strategy. Firstly, we wanted to make the public aware of our food/spices brands; secondly, and more importantly, we wanted the younger lot to become aware of our tradition, reinforcing how the older generation has often tried to promote the culture of food on occasions like Eid.”

The eight-course meal, which was served to approximately 300 food lovers, was divided into different themes, each with a distinctive menu associated to it. Basant was the first theme of the event and was celebrated with performances by young boys and girls dancing to dhol beats while the audience ate chana with puri. Next in line was the theme of birthday celebrations, which were complemented with servings of luqmis (small square samosas). Not to forget, the celebration of aqiqa, during which performers danced to the tune of “Aaj Yeh Konsa Mehman Aya” and viewers got a taste of well done chops.

While talking about celebrations and festivities in Pakistan, one can’t forget the ever-so-significant wedding season. Keeping close to our traditions, mayoon was celebrated with two piece Lahori fried fish, while wedding anniversaries were attributed with Nusrat Fateh Ali Khan’s song “Mera Piya Ghar Aaya” and the audience was served appetising tikka malai boti.

Meanwhile, Bismillah, an event that marks the beginning of the religious journey of a Muslim child, was linked with household delicacy chicken qorma and finally festive Eid was rejoiced with a serving of biryani. For dessert, gulab jamun and gajjar ki kheer or gajjaraala (carrot kheer) were brought to the table.

Chefs Shai and Shireen Anwer of Masala TV were also present at the event. When asked what the two experts loved cooking, Shai said, “I love making nihari for my guests.” Whereas for Anwer, it was her love for biryani that made her perfect the skill of cooking it.