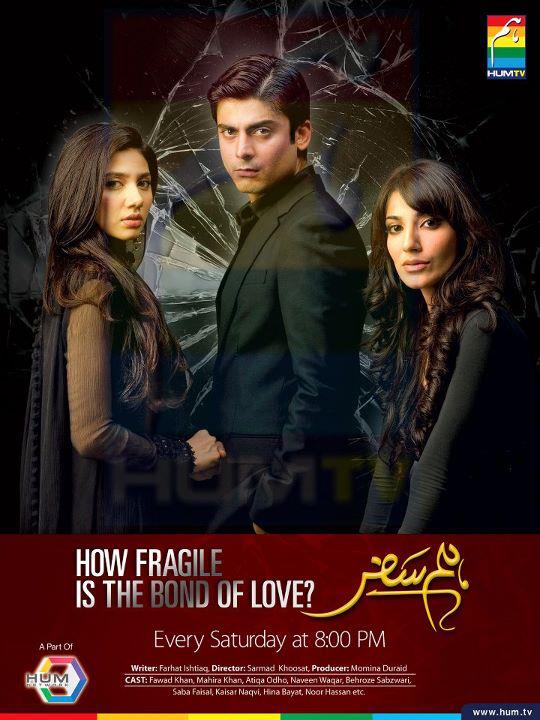 Intelligently Written by Farhat Ishtiaq and Directed very well by Sarmad Khoosat, Hum TV’s Drama serial Humsafar is winning rave reviews from audiences. The main reason behind is the on screen chemistry between the protagonist pair played by Fawad Khan and Mahira as Ashar and Khirad.

It has been called as the most successful Drama of Hum TV’s history with the highest TRPs these days. The fragile bond of love is the theme of the play and the glamor quotient added by Mahira, Naveen Waqar and Atiqa Odho along with brilliant acting has made the serial a Sensation. Fawad Khan is also good with his looks and performance.  Express tribune has compared it with the success of PTV’s drama Tanhaiyan when people were so addicted to the serial that when it was being on air, the roads become deserted.

The official Humsafar Fan page on Facebook has more than 40K likes while there are unofficial pages too with more than 90K fans.  People are not only obsessed with the wardrobe of the main lead or just the storyline of the serial but also with brilliant background score by Quratul Ain Baloch. Equally essential part of success is the title track “Wo humsafar tha……”