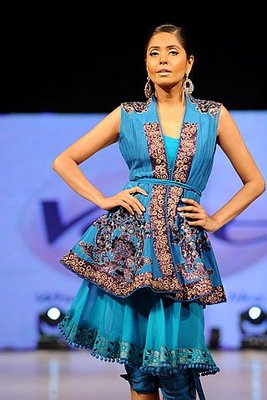 A salutatorian graduate of the Pakistan School of Fashion Design (class of 2000), Yasin is affiliated with the La Chambre Syndicale De La Couture Parisienne in France. He holds an honours degree in couture and currently serves as a member of the board of directors and the executive committee of the fashion institution he graduated from.

Starting as a fashion choreographer in 1994, Yasin worked both as a choreographer and designer in various shows within Pakistan and international shows including Dubai, London, New York City, and Toronto.

The year 2000 marked the introduction of Yasin’s own fashion label, HSY. Starting as a bridal and formal wear couture house, it has since become one of the most recognized South Asian fashion labels in the world and currently employs over 350 people and six stores internationally, with the flagship studio housed in Lahore.

In 2003, Karachi-based Diva Magazine placed Yasin on the cover of their “Most Powerful People” issue and also as one of their 10 Faces of the Year.

In 2007, Yasin introduced a jewelery line under the HSY brand. what else you can ask for. His new collection at Veet Show 2009