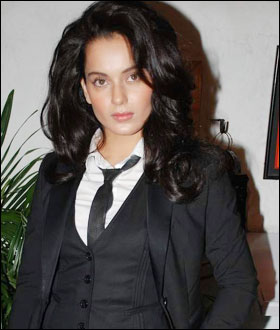 Okay, women switched from dresses to pants a long time ago. Then they ditched the skirts for culottes. Now, the fairer sex has gone the distance and is sporting ties! Yes, the one piece of clothing that was distinctly male, is now also, well, part of the female wardrobe!

Arshiya Fakih attributes this fashion trend to the androgynous side of women. “It’s all about exhibiting ‘woman power’. There is a certain element of sex appeal attached to seeing a woman dressed in a slightly masculine way,” says Arshiya. Yet she warns against going over-the top. “There must be a balance between male and female clothing. The tie should be teamed up with fabrics or colours that are more feminine.”

Yes, in order to make a statement, a tie should be worn with the correct attire. Designers say thumbs up to wearing it with a crisp white shirt and pin-striped pants, jeans and a waistcoat, or to adorn smart culottes. For variation, you could tuck it in your shirt. Or team it up with a white shirt and tight knee-length skirt, for that ‘hot secretary look’. But do not flaunt it with a spaghetti or dahlins that doesn’t do much for your sex appeal!

Lina Tipnis, who also strongly supports androgyny in her creations, suggests a structured shirt with clean, cutaway collars. That, she feels, is suggestive of power play. Or for a sportier look, she says, you could team a slim tie with skinnies. “Ties with graphics and interesting prints can be a fun and smart accessory,” says Lina, adding that the shoes that best compliment the look are stilettos for a feminine juxtaposition and brogues for full on androgyny. Narendra Kumar agrees that a tie can add that funk quotient to a girl’s wardrobe. “Ties look great for a young, clubby look, but I wouldn’t suggest it for a formal look. And definitely not as a neckpiece or an adornment with an off-shouldered dress!”

Maria Goretti loves her little collection of “very cute ties” —printed, coloured, she’s got ‘em all! “I think ties make a girl look damn cute, even boyishly sexy,” she claims. We agree with that… women sure seem to be taking over all men’s domains! 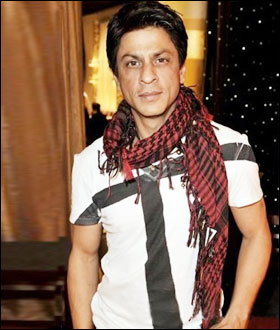 Move aside ladies, your scarves have just become the hottest male accessory in town. It’s a trend that’s being sported by some of our biggest Bollywood male stars and it’s catching on like wildfire. Don’t believe us, check out how the style quotient of stars like Shah Rukh Khan, Akshay Kumar, Arshad Warsi, Karan Johar and Sanjay Dutt has only zoomed northwards with a scarf firmly around their neck.

“It’s wonderful to see that men are finally flaunting an accessory,” says designer Narendra Kumar Ahmed with a sigh of relief. And how is it worn? Right from being teamed up with casual wear to replacing the tie in formal attire, scarves look very nice whether worn with jackets, suits, coats or even just a plain Tshirt.

“It’s all about minimalistic dressing. Scarves or gamchas worn on T-shirts or a ganji make for the perfect bohemian look,” says designer Shahid Aamir. “It’s quite regal to wear a scarf or stole,” says Azeem recalling the days of Indian royalty where stoles and scarves played a very important role.

“For variety, one can combine it with a suit instead of a tie,” says designer Azeem Khan. The best part is that scarves work to create an aura of masculinity and muscular charm, making a cool and ultra fashionable statement of any man’s outfit.

Narendra adds, “Only now, the scarves and stoles have become thinner, longer and more colourful. In fact, many men are choosing to wear stoles as a more stylish option to ties.” But how come, considering that it’s the start of summer when temperatures in the city soar to a sweaty high? “Light is the key word here,” says Narendra, while Azeem adds that scarves made of natural fabrics like silk, cotton, chiffon, soft muslin and mull are the way to go. “The focus is on light and breathable fabrics,” he says.

1 thought on “Bolly girls get ‘knot’ty, guys take on scarves”