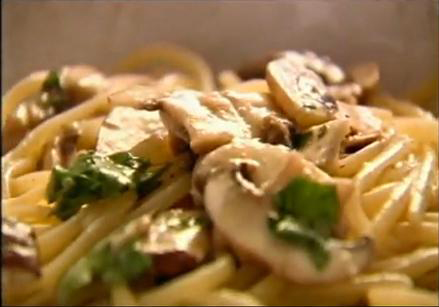 Growing up, I had never tasted or seen mushrooms except on trees during the rains and under logs or wooden gates during the monsoons. We were told that all mushrooms were poisonous and that they grew only where dogs pee! Naturally, as kids, we were completely put off. When I left college in my early twenties, it was fashionable for my friends to order a mushroom dish and I would always try to wiggle out making some excuse or another. By then I had gathered enough knowledge to realise that not all mushrooms were poisonous or grew in disgusting places but you know how it is – old sayings leave lasting impressions.

Much later, I read that mushrooms were a very good source of folic acid in the natural form. This came at a time when I was trying to incorporate lots of natural foods in my diet. Later on, during the same period, one of my colleagues mentioned that mushrooms were the latest crop to be cultivated in Mahabaleshwar, a cool hillside getaway nearby. After trying a mushroom soup just once, I succumbed to the taste forever. I was finally convinced! Now, mushrooms make a regular appearance in my kitchen in the form of soup, dry sides, gravy, pulao and risotto.

Last week, I found myself accosted with a common situation in many kitchens. Having forgotten to stock my refrigerator with vegetables a day in advance, I was left with just a packet of mushrooms, a thick stalk of leek and some thyme.

It was seven in the morning when I Googled ‘thyme mushrooms leeks’ and came across a divine recipe by Jamie Oliver. It has become my new favourite dish but naturally, mine is an adaptation. You certainly do not expect a cook to go ahead and cook a recipe without making minor changes, do you?

These were a massive hit with the family!  I also tried using the same flavour base on broccoli which also turned out to be an absolutely mouth-watering dish! The best part about this recipe? It only takes about 20 minutes to chop, cook and serve!  Sadly, it gets eaten too quickly – in about two minutes!

Slice the cleaned, dry mushrooms into four slices each.  Set aside.

Holding one end of the thyme, pull out the leaves gently in the opposite direction.  Do this with all the sprigs.  Place the thyme leaves, garlic and green chilies in a mortar.  Add the balsamic vinegar or white vinegar to this along with a teaspoon of olive oil. Using the pestle, pound until the mixture turns mushy and aromatic, about a minute.

Heat a wok with a tablespoon of olive oil. Add the mushrooms and sauté with a little salt until they sweat slightly, about 3 minutes.

Add the thyme mixture and toss until the mushrooms are evenly coated and cook until they are just done. Adjust salt and pepper according to taste.

You could squeeze half a lime and use the juice instead of vinegar.  If you are cooking in an aluminum wok, the lime may turn bitter. Use a non-stick pan or seasoned iron wok.

I usually serve this with rotis. Happy eating!

By Harini Prakash aka Sunshinemom