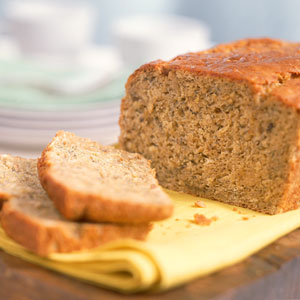 Bread, this ubiquitous basic food, is the forebear of all prepared foods. It is the foundation of cooking, as we know it, and in many countries represents one of the pillars of nutrition and gastronomy.

For a Middle Eastern, a meal without bread is unthinkable. Yet many nations use rice instead of bread, and indigenous peoples in the Americas ate corn until the first conquistadors arrived in the 15th century. To this day, Japanese, Chinese, Thai, Indonesians and others in the Orient use rice as their basic starch. In fact rice is a more efficient and prolific crop compared to any other grain.

The mixing of flour, salt, water gave rise to culinary development. We can essentially claim the beginning of culinary development to have begun in the first loaf of bread. Since then bread has come a long way. It can be unleavened, or leavened with yeast, produces from whole-wheat flour, rye, corn, barley, cassava, oats, and a combination of one, or two or more grains. Today, in specialized bakeries, you can buy 11-grain bread. Also available are breads infused with herbs, olives, dried fruits, onion, just to name a few adjuncts.

Bread is such a powerful food that in antiquity Egyptian governments controlled it from production to distribution as a means of controlling the populace. In France shortage of bread was one of the reasons to triggering the eruption of the French Revolution in 1789.

Even today in many Middle Eastern countries, at least one type of bread is government controlled. These controls apply to quality, quantity and price of the loaf, but as everything else in these jurisdictions, no agency bothers much to enforce rules and regulations.

Despite modern production methods, the essentials of bread production remained the same consisting of flour, water, salt and yeast. However, today’s commercial sandwich bread (4x$”) is highly refines, light, contains a lot of air, but has a prolonged shelf life. Taste and texture, however, remain elusive.

Nutritionally, bread is a relatively inexpensive source of calories, with respectable offering of proteins. Millions of poor people survive on bread, cheese or olives, teas, or wine, and little else. Of course one can use mashed acorns, ground beans, crushed tree barks, nuts, or chestnut flour, but most balers use primarily finely milled wheat, or rye corn, barley, millet, kamut, spelt and other grains. Wheat flour is preferred because of its gluten content. For centuries people considered highly-refined white bread a sign of affluence and privilege of the rich and sophisticated. Poor people ate coarse-grained brown breads. Of late, whole grain dark breads have become more popular mostly due to their high fibre content.

North America is a veritable melting pot of many cultures. The landmass is large enough and the climate sufficiently varied that almost any type of grain can grown somewhere on the continent. In large cities, there are bakeries that cater to certain cultures, or huge grocery stores with a wide range of breads including French baguette, pita with or without toasted sesame seeds, Arabic flat bread, dark rye, German rye, pumpernickel, Russian black, wholemeal loaf, rye with caraway seeds, Danish or American sourdough, cornbread, croissants, lavash, knaecke or Calabrese.

In Indian bakeries, you can buy pappadam, chapatti, roti (plain or butter-rubbed). Organic bakeries offer a multitude of breads made from organically grown grain. Specialty bakeries churn out breads for those who cannot digest gluten, or offer herb infused breads; some blend into their dough pitted black olives, others chopped nuts or even dried fruits. The ingenuity of a baker has no limits.

In Armenian homes, women still mix flour; water and salt to make dough and roll it out thin enough to see through. This is then baked briefly on a hot flat surface. Stacks of this thin bread are stored securely for months on end. Al you have to do is retrieve a few, sprinkle with water and reheat.

East Indians make their roti, chapatti and naan every day and eat it immediately after cooking, whereas German dark pumpernickel bread keeps for months if properly stores. Swedish, Norwegian and Finnish flatbreads a k a knaeckebred keep indefinitely.

Latin American peoples like their tortillas that are traditionally baked and eat them immediately although today you can buy ‘manufactured” tortillas that keep for a long time.

Pizza is actually a leavened, flavoured bread, open-face sandwich baked and served hot. Young people also like to breakfast on cold pizza with a bottle of beer.

French bakers enjoy a worldwide reputation for their refined breads, so much so that at least one Toronto restaurant flies in bread front the Polaine bakery in Paris twice weekly. Parisians value good bread sufficiently to cross the city to buy specialty breads from their favourite baker who uses wood fired ovens.

German bakers think their breads are more imaginative and more nutritious. The fact is that they are heavy, nutritious, and take a long time to digest, but keep longer. A baguette should be eaten the day it is baked.

Restaurants that offer an imaginative breadbasket attract guests who value good food and are prepared to pay for it. A large breadbasket is attractive, but may reduce sales as some guests may indulge too extensively in the bread and butter and in the end have little interest in dessert.

As a restaurateur, one must consider the wisdom of baking bread, or buying semi-baked brown product, or simply buy daily from one or several bakeries. Obviously, large remotely located resort hotels and cruise ships have no other alternative than to install in-house bakeries, but restaurant and city hotel managers must carefully consider the best and most practical alternatives without jeopardizing quality. A busy sandwich shop or delicatessen must consider quality, variety and availability carefully, whereas a Chinese restaurant has no reason to consider bread quality.