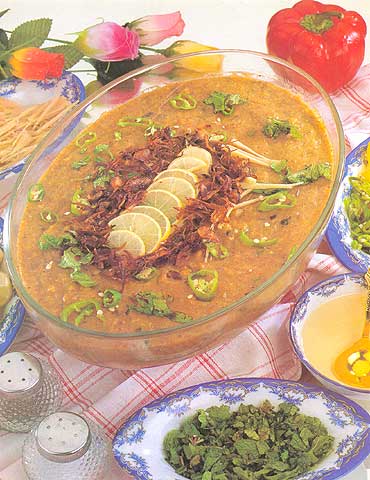 Haute cuisine it ain’t. But this multicultural melting pot of a meal is popular, tasty – and cheap.
Variously described as a porridge, soup or curry, haleem’s liquidity means it could be used as baby food, albeit for spice-loving infants. A rich stew of lentils, whole wheat and meat beef, mutton, lamb, chicken or a mixture the dish originated in Persia in the sixth century. When the Muslims conquered the area a century later, it spread throughout the Middle East and, ultimately, to the subcontinent. 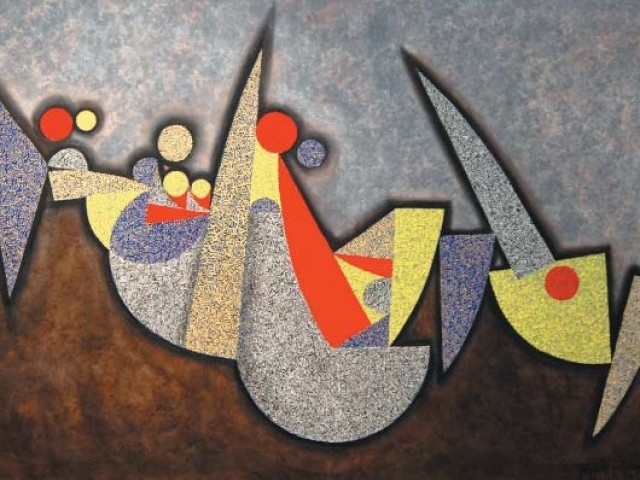 Calligraphy, historically used for the means of preservation of Quranic text, is one of the most revered forms of Islamic art. Practiced in Pakistan for years, artistic geniuses like Sadequain brought the art form into the mainstream. Recently, a week-long calligraphy exhibition was held at the Rawalpindi Arts Council from … Read more

A.R. Rahman turned 43 on Tuesday as television and FM channels played special programmes to mark the day but the music maestro said the celebrations were low key due to Muharram. Speaking at the South India launch of a mobile phone, Rahman said the day was usual for him and … Read more

Mizraab, a progressive metal band, is the brainchild of numero uno guitarist Faraz Anwar. The band has faced numerous problems in album release due to their heavy metal sound mixed with intelligent lyrics which do not fit in the usual mould of sad excuse for poetry with the masses are … Read more

A thousand words cannot convey what a delicate rose can, to win someone’s heart. When all words fail, a fragrant bouquet is the best gift one can give to a loved one. It can even do wonders for the ill. Whatever the occasion, say it with flowers. Flowers have their … Read more